Our current SAL is
Garden of Stitches by Samplers Not Forgotten, Kimberly Nugent 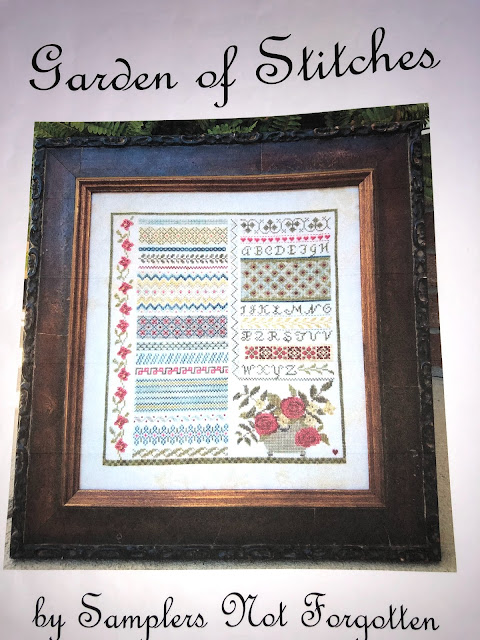 This is a year long SAL.  Participation is completely optional.
Kits were mailed to each stitcher in February.  Kimberly was with us during a Zoom meeting to go over the chart and instructions and we were off!  A year long schedule for completion of each band was created. (see below)   Look at the gorgeous fibers that were in our kits. 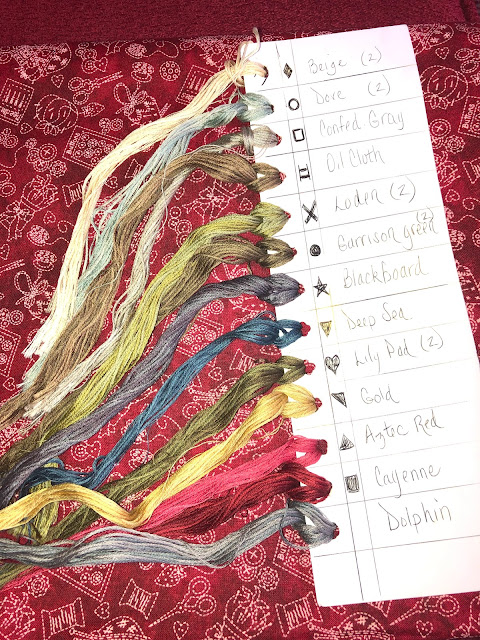 We are currently (June) to be working on 23 rows of Herringbone stitches. 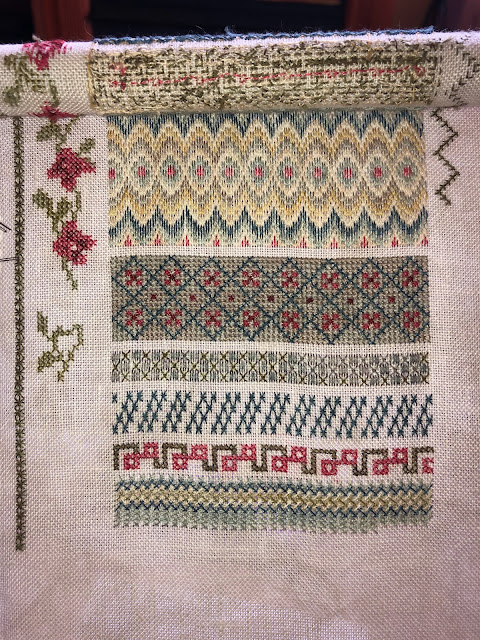 iStitch is a Facebook group that offers one a week charts for completing the band sampler.    The cost is $27 and the patterns is delivered weekly by download.   The SAL runs for 27 weeks.   Member Caryl C. will chart something to help personalize this sampler for DVHSG.

They offer a choice of banding through a shop in Europe or try Sassy Jack's in North Carolina - they have  banding precut for this sampler.    Your sampler does not have to be completed on the lavender banding nor does it have to be stitched in solid purple floss.   It is always fun to see the variations from the many stitchers.

Our "project" for 2016 is to list up for five pieces that are less than 50% completed and to complete each before January 2017.   One chance for each that is finished will be entered into a drawing in January.   In June of 2016, stitchers will have a one time chance to change out one of the stitcher's selections for a different challenge piece.  Time to clean up those UFO's.

Girls of the Guild
by
Sharon Verbos of The Purple Thread 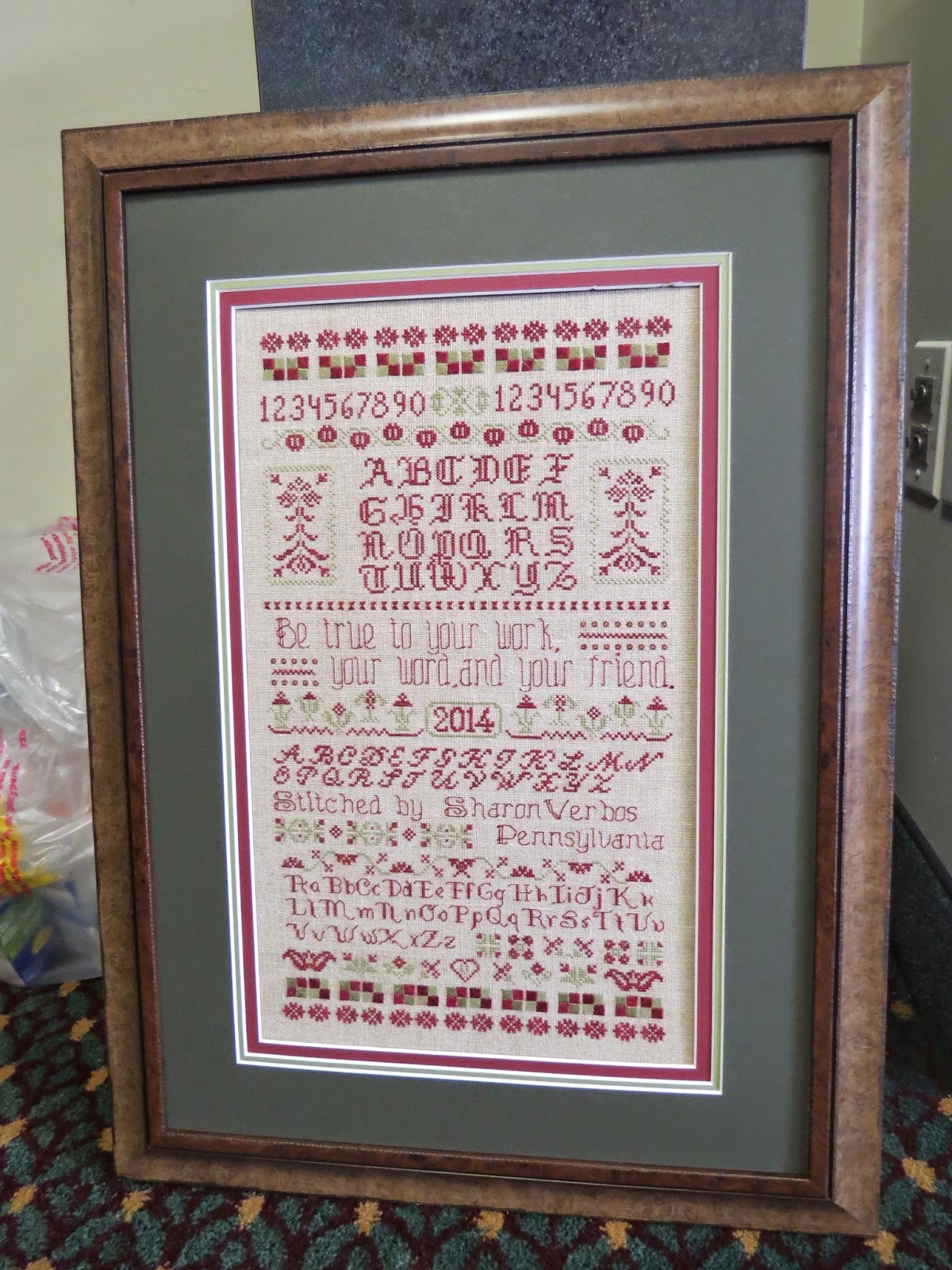 February 2015 launched the Girls of the Guild sampler stitch-a-long.   Karen K. was nice enough to group order the pattern and fabric for any interested and provided it at the meeting.   At last count there are 29 participating.

Stacy S. provided a schedule of the rows to be completed each month.   Linen and floss can be as charted or you are welcomed to select your own favorites.  See the schedule and pattern corrections below. 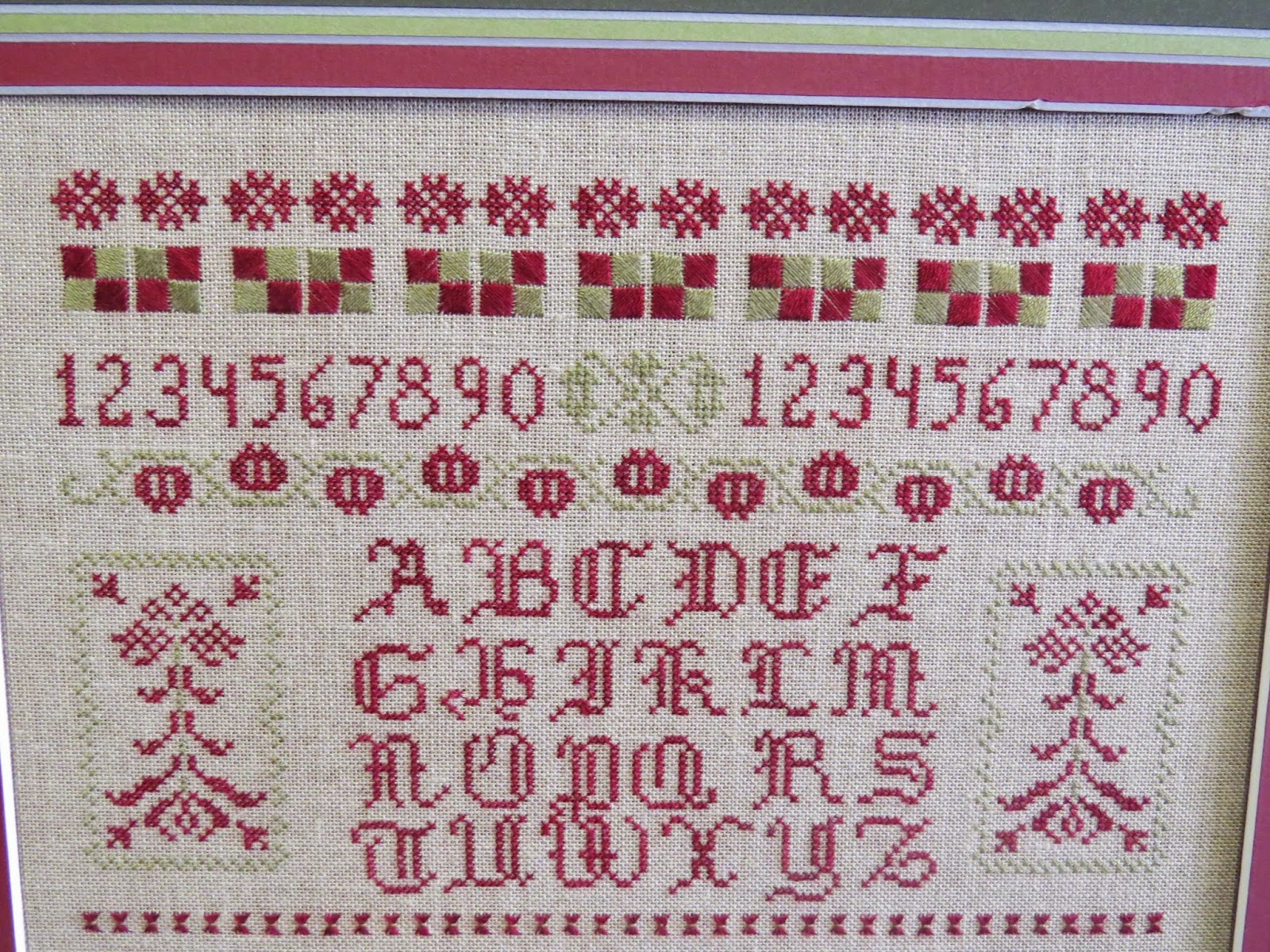 This is such a pretty sampler with an even nicer verse that Sharon shared about the inspiration for her design. 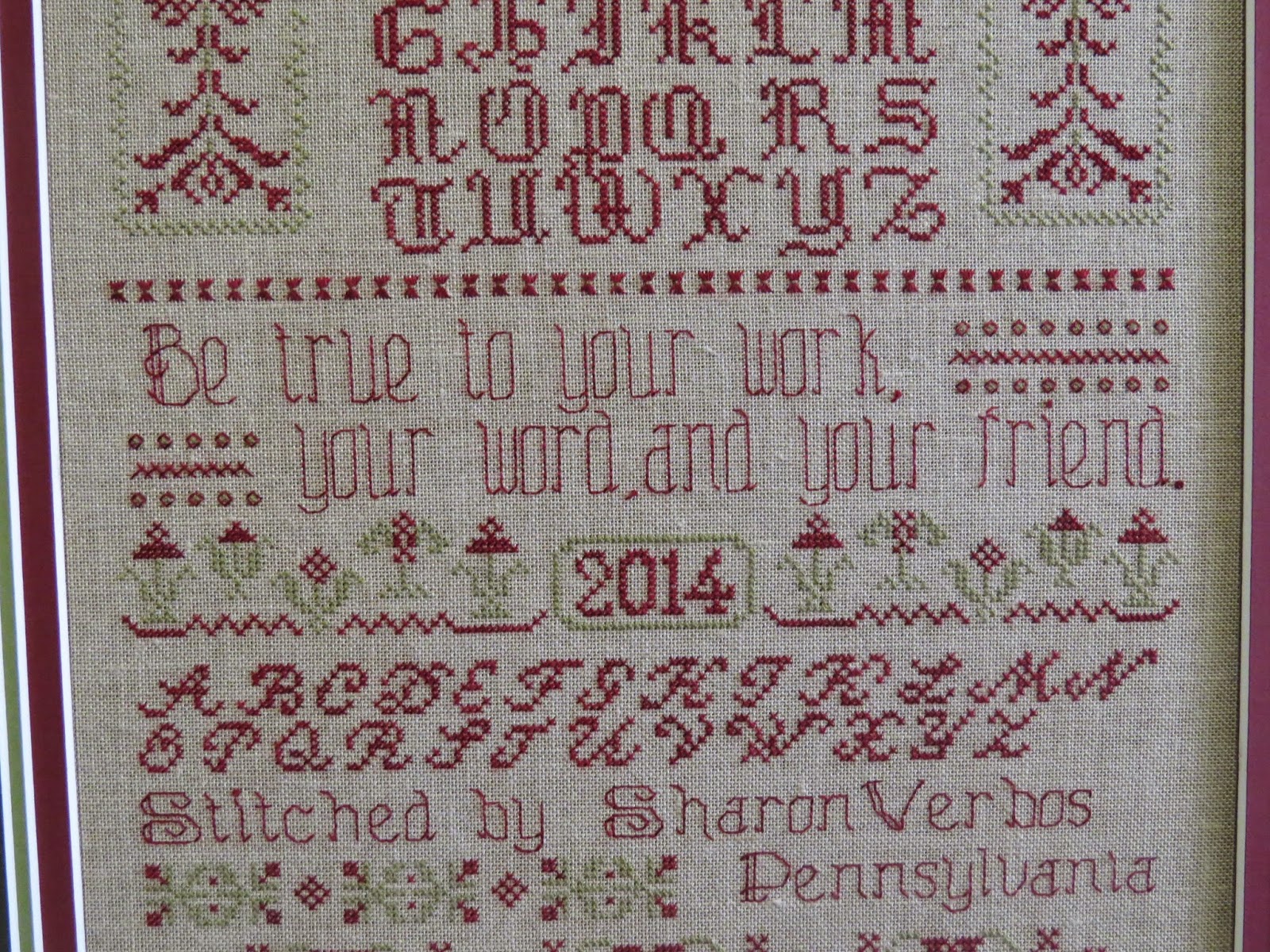 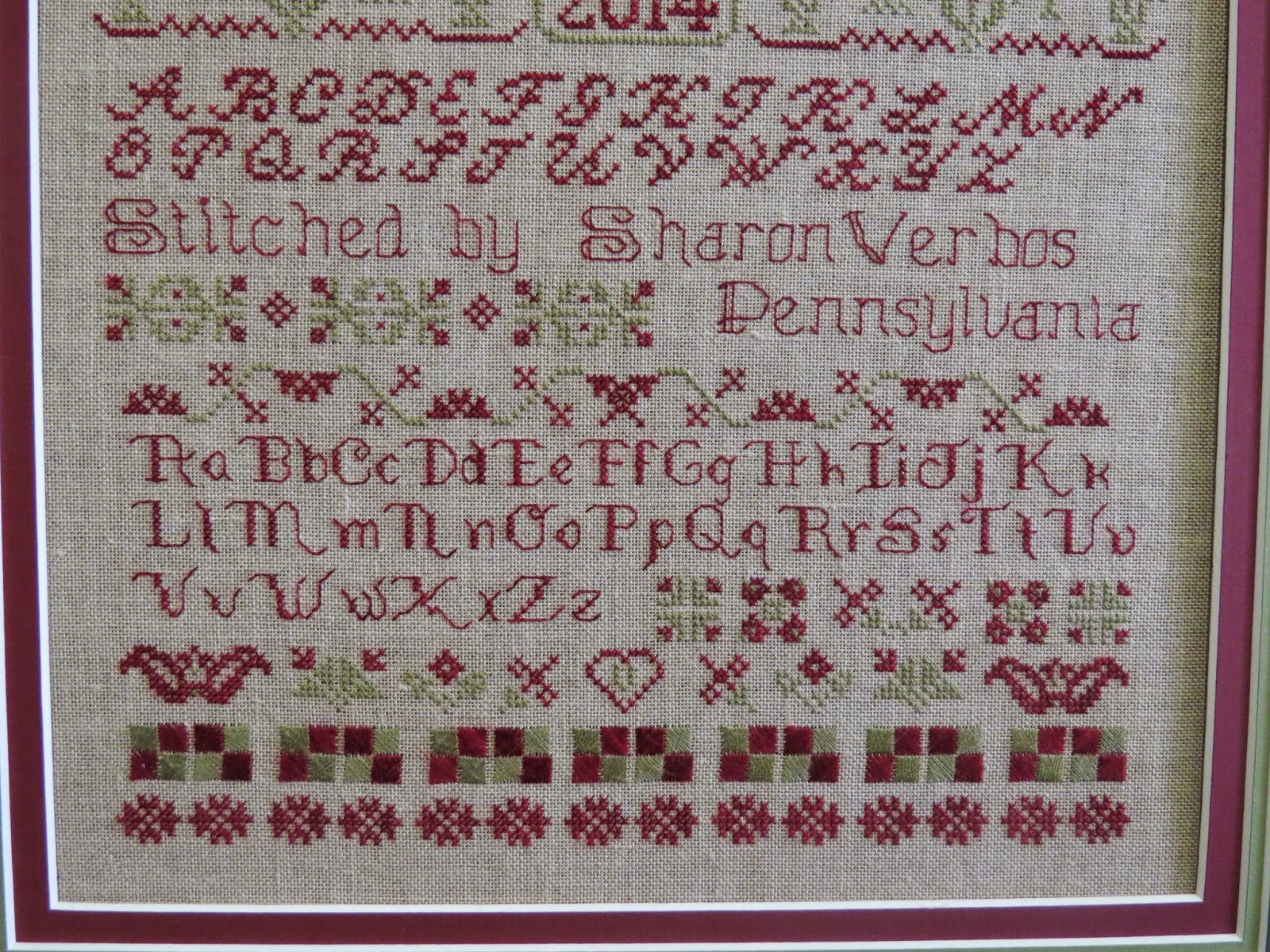 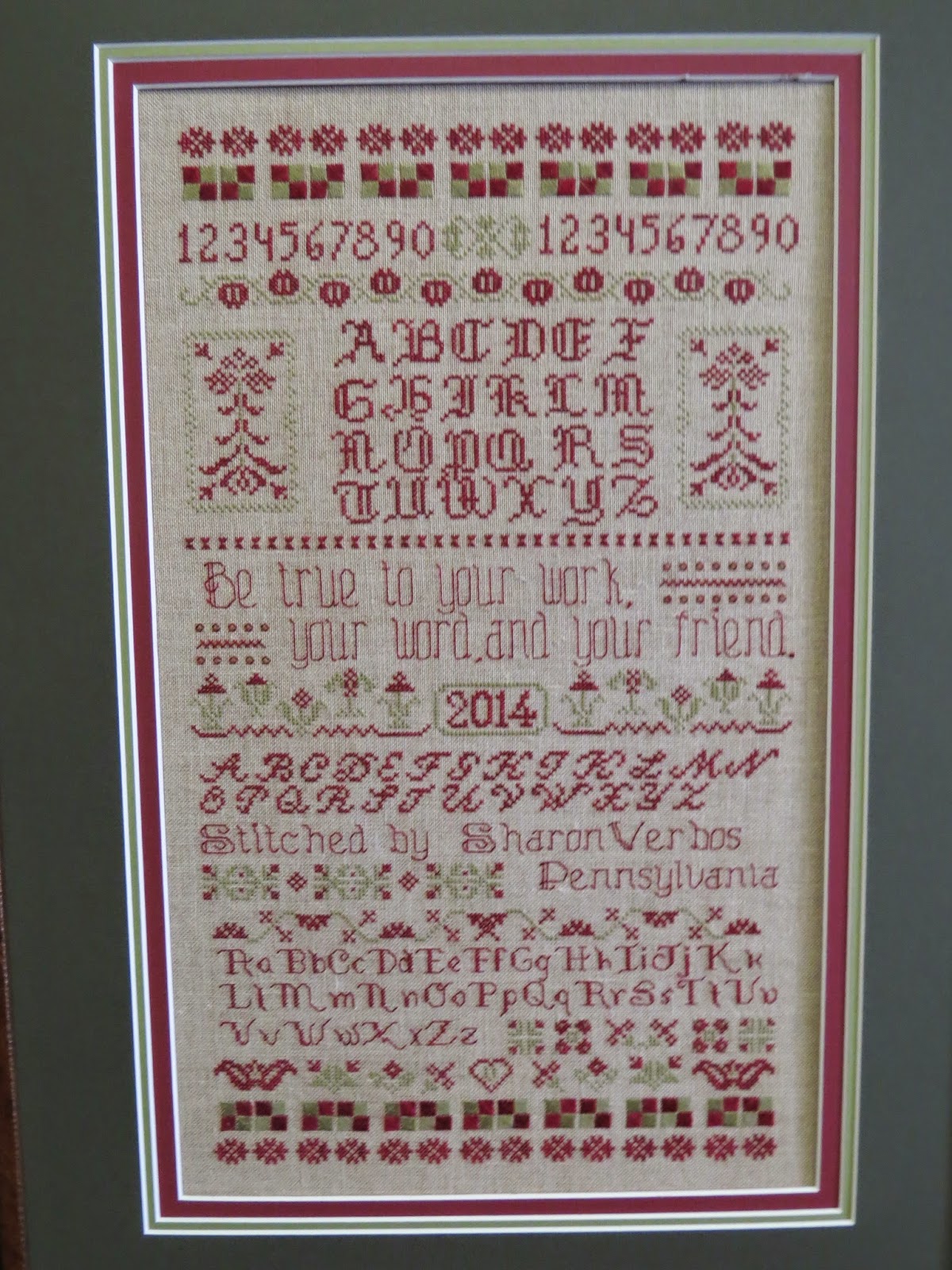 This  SAL was WINTER WHITE SAMPLER by Eileen Bennet.   The design can be found on page 49 of the Jan/Feb 2013 Just Cross Stitch magazine.  Karen K. had the supplies at the March 2013 Meeting packaged up for those who had pre-ordered.   Cost for supplies was $17.85 and included the Just Cross Stitch magazine, the 35-count linen and the Special Dentellle #80.  Three other DMC flosses were needed and were selected by the individual stitcher.   Some choose to use three shades of other than the beige and cream tones. 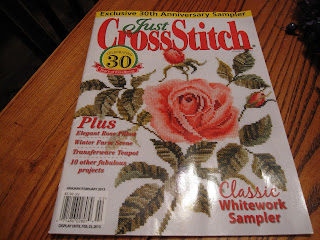 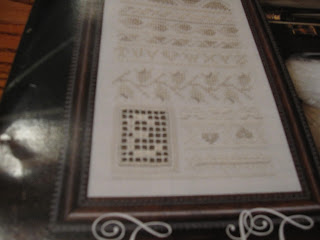 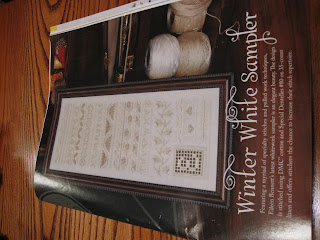 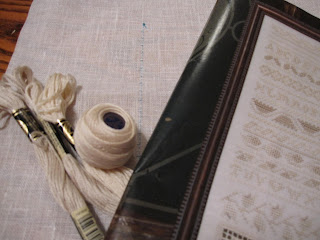